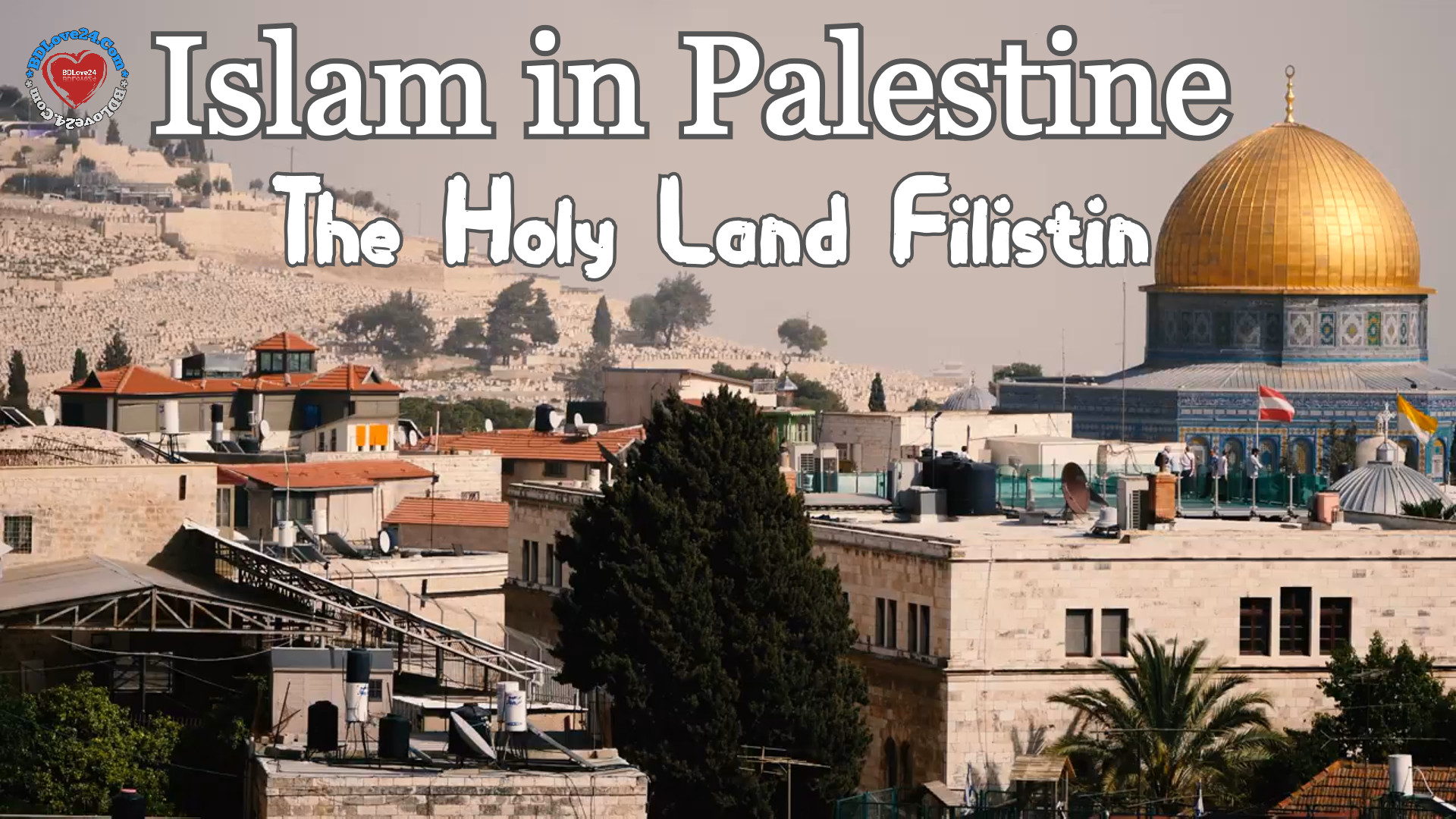 Islam was brought to the region of Palestine during the Early Muslim conquests of the 7th century, when armies of the Rashidun Caliphate under the leadership of ʿUmar ibn al-Khattāb defeated the armies of Persia and the armies of the Byzantine Empire and conquered Persia, Mesopotamia, Shaam, Egypt, North Africa and Spain.

The Muslim army conquered Jerusalem, held by the Byzantine Romans, in November, 636. For four months the siege continued. Ultimately, the Orthodox Patriarch of Jerusalem, Sophronius, agreed to surrender Jerusalem to Caliph Umar in person. Caliph Umar, then at Medina, agreed to these terms and traveled to Jerusalem to sign the capitulation in the spring of 637. Sophronius also negotiated a pact with Caliph Umar, known as the Umariyya Covenant or Covenant of Omar, allowing for religious freedom for Christians in exchange for jizyah (Arabic: جِـزْيَـة‎), a tax to be paid by conquered non-Muslims, called “dhimmis.” Under Muslim Rule, the Christian and Jewish population of Jerusalem in this period enjoyed the usual tolerance given to non-Muslim theists.

Jerusalem is Islam’s third holiest city after Mecca and Medina in Saudi Arabia. Although the Qur’an does not clarify from where exactly Muhammad ascended to Heaven, the Haram al Sharif (Temple Mount) of Jerusalem is believed by Muslims to be the location. According to the tradition, during a single night around the year 621 CE, the Islamic prophet Muhammad was carried by his mythological steed “al-Burāq” from Mecca to the Temple Mount in Jerusalem. According to the tradition, from there he ascended to heaven where he spoke with Allah. This widely accepted Islamic belief is a source of the religious and spiritual importance of the Dome of the Rock and the adjacent al-Aqsa Mosque.

Islam became the majority religion in Palestine in the 9th century, with acculturation of the locals into Arab identity and when Arabic became the lingua franca. In the Middle East and North Africa regions in general and the region of Palestine in particular, indigenous peoples in various regions who until then spoke mostly Greek, Aramaic-Syriac, Coptic and Berber, began adopting the Arabic language and the culture associated with it.

In 1099, the Christian Crusaders, with the support of the Roman Catholic Church, launched the First Crusade campaign with the aims of regaining control of Jerusalem from the Fatimid Caliphate, and helping the Byzantine Empire fight the Seljuk Turks. During the campaign, the Crusaders launched an assault on the city of Jerusalem, captured it in July 1099, massacred many of the city’s Muslim and Jewish inhabitants, and established the first Christian Kingdom of Jerusalem. The Crusaders transformed the Dome of the Rock into the “Shrine of the Lord” (Templum Domini) and the Al-Aqsa mosque into the “Hall of Solomon” (Templum Solomonis). The local Muslim reaction was to try to find an accommodation with the Crusaders. During this era, the larger Muslim world looked upon the setbacks in Jerusalem with indifference.

In 1917, at the end of the First World War, the British Empire conquered the region of Palestine from the Ottoman Empire. The United Kingdom was granted control of Palestine by the Versailles Peace Conference which established the League of Nations in 1919 and appointed Herbert Samuel, a former Postmaster General in the British cabinet, who was instrumental in drafting the Balfour Declaration, as its first High Commissioner in Palestine. The British occupation of the region brought an end to hundreds of years of successive Muslim rule in the region of Palestine.

On May 14, 1948, one day before the end of the British Mandate of Palestine, the leaders of the Jewish community in Palestine led by prime minister David Ben-Gurion, made a declaration of independence, and the state of Israel was established. Contingents of Egyptian, Syrian, Jordanian, and Iraqi armies invaded Israel, thus starting the 1948 Arab–Israeli War.

After the conquest of the Temple Mount during the Six-Day War, the Chief Israeli Rabbinate announced that Jewish people are forbidden of entering the Temple Mount. Since 1967, Israel controls the security on the Temple Mount, but the Muslim Waqf controls administrative matters, taking responsibility for the conduct of Islamic affairs just as it did during the Jordanian rule.