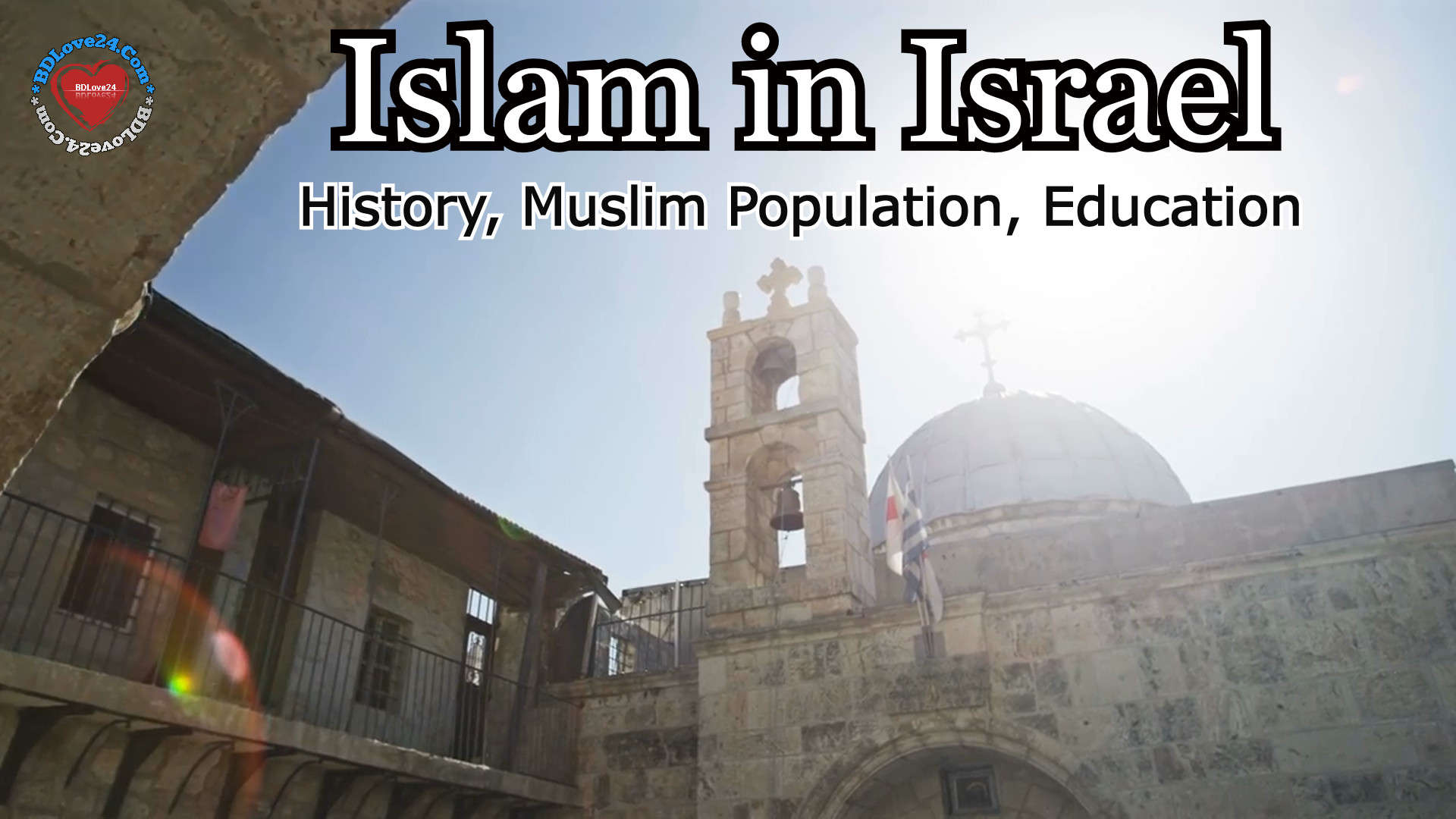 Islam is the second-largest religion in Israel, constituting around 17.8% of the country’s population. The ethnic Arab citizens of Israel make up the majority of its Muslim population, making them the largest minority group in Israel.

Jerusalem (Al-Quds) is Islam’s third-holiest city after Mecca and Medina in Saudi Arabia. Al-Ḥaram ash-Sharīf (Arabic: اَلْـحَـرَم الـشَّـرِيْـف‎), The Holy Sanctuary, which is originally part of the Jewish Temple Mount of Jerusalem, is believed by Muslims to be the location from which Muhammad ascended to the Heavens. It is also believed to have been built by Suleiman, who is revered as a prophet in Islam. This widely accepted Islamic belief raises the religious and spiritual importance of the Dome of the Rock and the adjacent al-Aqsa Mosque for Muslims. Likewise, only Muslims are allowed to pray on the Temple Mount, which is managed day-to-day by neighbouring Jordan’s Islamic Waqf (Arabic: وَقْـف‎), an administrative body that takes responsibility for the conduct of Islamic affairs in the region of the Temple Mount.

Islam was brought to the region of Palestine during the early Muslim conquests of the 7th century, when armies from the Arabian Peninsula, under the Rashidun Caliphate, conquered territory (Ash-Sham) that was previously under the control of the Byzantine Empire.

During the Arab-Israeli war 1948 more than 80 percent of the Palestinian population in Israel fled or were expelled from their towns and villages, including a large section of the economic, political, cultural and religious elite of the Muslim society. Only one member of the Supreme Muslim Council, Tahir at-Tabari, remained in the Israeli-held part of Palestine.

The Israeli government prohibited a resurrection of a national institution similar to the Supreme Muslim Council and thereby effectively abolished the autonomy of the Muslim community.

Muslims comprise 17.8% of the Israeli population. The majority of Muslims in Israel are Sunni Arabs, with an Ahmadiyya minority. The Bedouin in Israel are also Arab Muslims, with some Bedouin clans participating in the Israeli army. The small Circassian community is composed of Sunni Muslims uprooted from the North Caucasus in the late 19th century. In addition, smaller populations of Kurdish, Romani and Turkish Muslims also live in Israel.