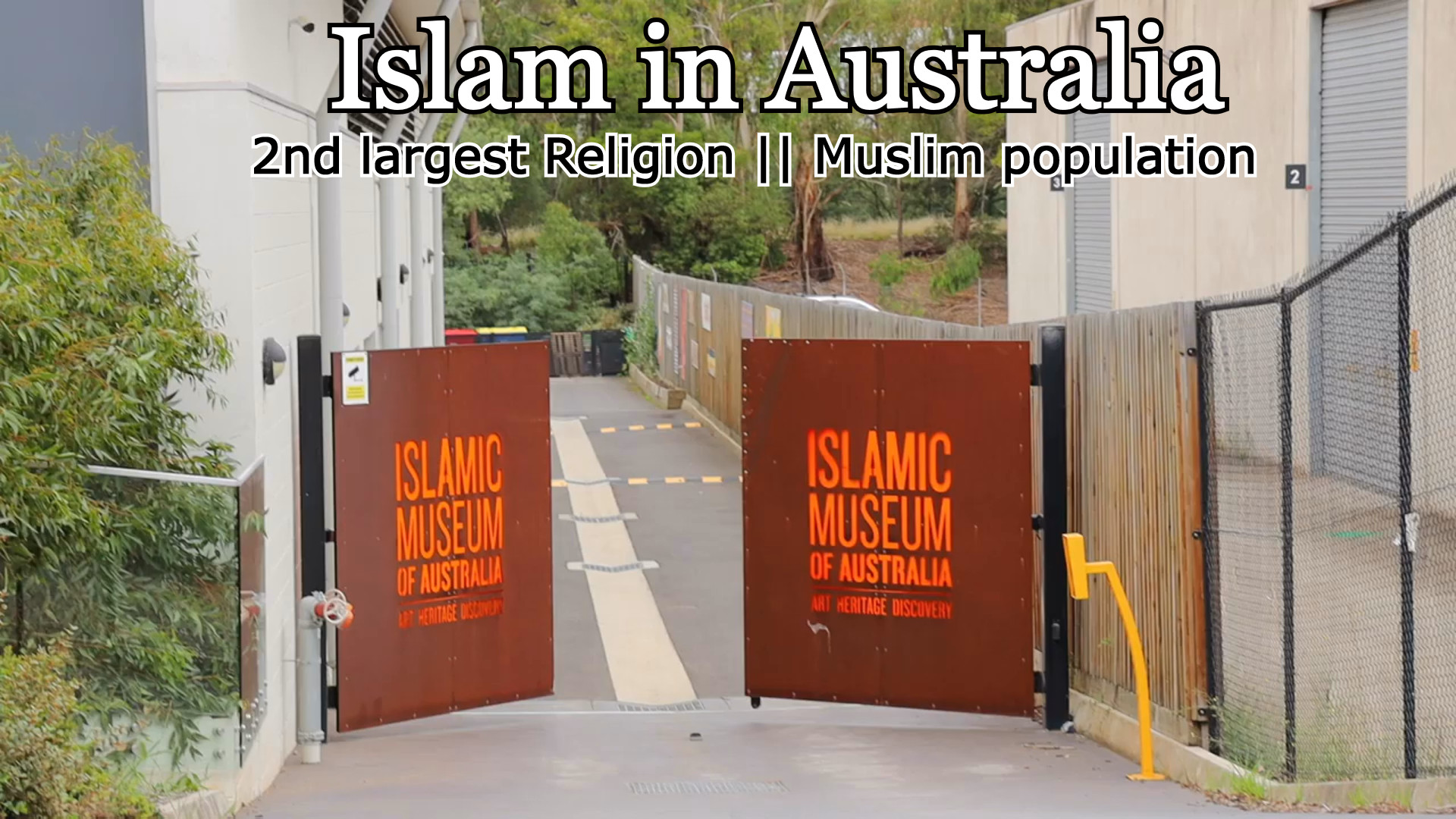 Islam in Australia is a minority religious affiliation. According to the 2016 Australian Census, the combined number of people who self-identified as Muslim in Australia, from all forms of Islam, constituted 604,200 people, or 2.6% of the total Australian population, an increase of over 15% of its previous population share of 2.2% reported in the previous census 5 years earlier. Of that earlier 2.2% figure, “some estimate more than half are non-practicing” cultural Muslims stemming from all the varying denominations and sects of Islam present in Australia.

That total Muslim population makes Islam, in all its denominations and sects, the second largest religious grouping in Australia, after all denominations of Christianity (52.2%, also including practicing and non-practicing cultural Christians).

Demographers attribute Muslim community growth trends during the most recent census period to relatively high birth rates, and recent immigration patterns. Adherents of Islam represent the majority of the population in Cocos (Keeling) Islands, an external territory of Australia.

The vast majority of Muslims in Australia belong to the two major denominations of Islam, the Sunni and Shia denominations, with the followers of each of these further split along different Madh’hab.

Indonesian Muslims trepangers from the southwest corner of Sulawesi visited the coast of northern Australia, “from at least the eighteenth century” to collect and process trepang, a marine invertebrate prized for its culinary and medicinal values in Chinese markets. Remnants of their influence can be seen in the culture of some of the northern Aboriginal peoples.

Among the early Muslims were the “Afghan” camel drivers who migrated to and settled in Australia during the mid to late 19th century. Between 1860 and the 1890s a number of Central Asians came to Australia to work as camel drivers. Camels were first imported into Australia in 1840, initially for exploring the arid interior (see Australian camel), and later for the camel trains that were uniquely suited to the demands of Australia’s vast deserts.

Most of the cameleers returned to their countries after their work had dried up, but a few had brought wives and settled in Australia with their families, and others settled either on their own (some living at the Adelaide Mosque), or married Aboriginal or European women.

In the 1920s and 1930s Albanian Muslims, whose European heritage made them compatible with the White Australia Policy, immigrated to the country.

The perceived need for population growth and economic development in Australia led to the broadening of Australia’s immigration policy in the post-World War II period. This allowed for the acceptance of a number of displaced white European Muslims who began to arrive from other parts of Europe, mainly from the Balkans, especially from Bosnia and Herzegovina. As with the Albanian Muslim immigrants before them, the European heritage of these displaced Muslims also made them compatible with the White Australia Policy.

Trade and educational links have been developed between Australia and several Muslim countries. Muslim students from countries such as Malaysia, Indonesia, India, Bangladesh and Pakistan, are among the thousands of international students studying in Australian universities.

By the beginning of the 21st-century, Muslims from more than sixty countries had settled in Australia. While a very large number of them come from Bosnia, Turkey, and Lebanon, there are Muslims from Indonesia, Malaysia, Iran, Fiji, Albania, Sudan, Somalia, Egypt, the Palestinian territories, Iraq, Afghanistan, Pakistan and Bangladesh, among others. At the time of the 2011 census, 476,000 Australians (representing 2.2 percent of the population) reported Islam as their religion.

Most Australian Muslims are Sunni, with Shia then Sufi and Ahmadiyya as minorities.

After the White Australia immigration laws were replaced with multicultural policies the social disadvantage of Muslims was thought to have been alleviated. Some sources, however, note that Muslims now face some disadvantages on account of their religion.